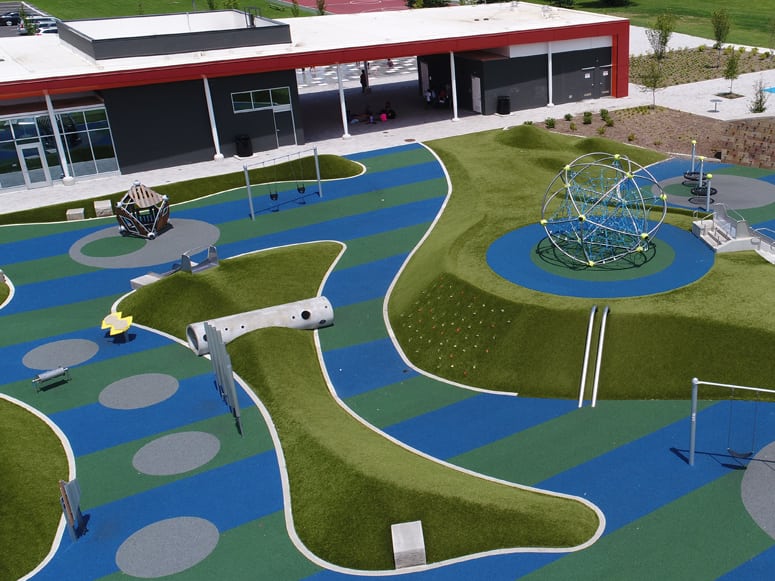 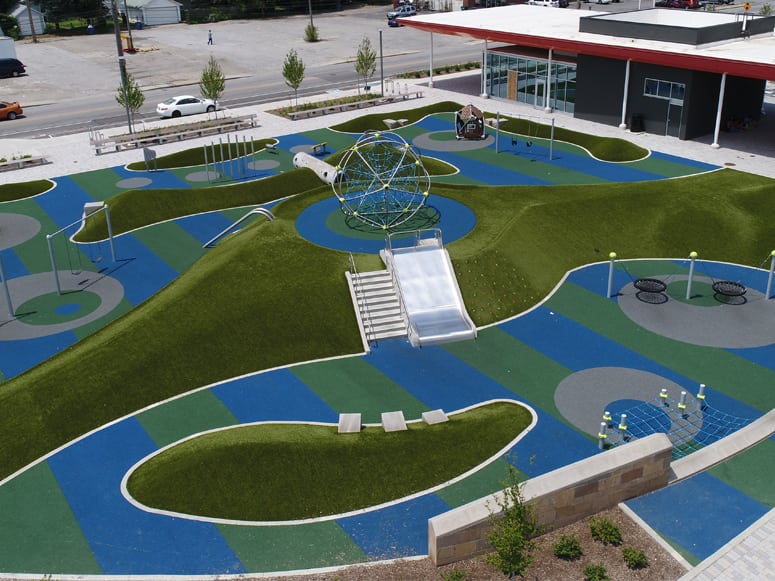 Tarkington Park was once the pride and glory of the community decades earlier, but had been slowly declining to a point where the area was hurting because of it. Master plans for a reboot of the park were put in place back in 2012, which included a major renovation for the space in hopes that the park would once again become a central place to bring the community together. Tarkington Park is now a destination urban park that provides a unique play experience. Complete with 9,705 square feet of Playground Grass® Ultra installed by the ForeverLawn of Ohio team, the park offers exciting play structures and artificial grass mounds for the kids to roll and play on. The park officially opened in the spring of 2017 and has received rave reviews since.